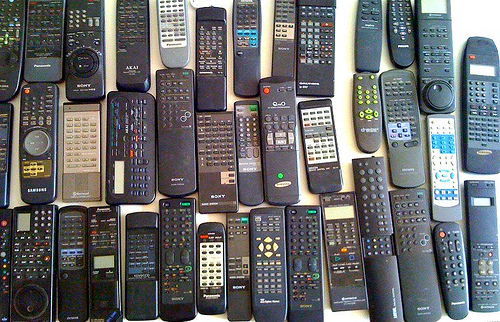 We’ve had our share of fun with various TV providers over the years, and for the most part we’ve been satisfied, paying clients with adequate service.

Comcast holds a near-monopoly in our area in terms of cable service, so that’s what we’ve had in various homes over the last 8 years. I’ve had my run-ins with their customer service, and also took advantage of their willingness to cut deals when threatened, but never considered getting rid of cable entirely.

A few years ago, we tried getting CenturyLink Prism TV but couldn’t because they would need to do some serious work to our rented apartment to upgrade wiring, and their customer service and installation practices fell short for me. They are slowly bringing upgraded wire to the area where we just bought a home, so they still remain a possibility for future TV service.

Last week, we decided to cut the cord entirely. It was an overdue decision, since there were five compelling reasons to do so:

The obvious winner here is our budget, easily cutting out $50-$60 of an expense every month. Even if we buy a movie here and there, subscribe to Netflix (which we already do), subscribe to Hulu, and even order movies from Amazon, we still come out well ahead of paying for cable month after month.

For one reason or another, Comcast TV service has been plagued with service and equipment problems recently. It’s happened to me and several people I know that live in my area, and at times it’s been a cable signal issue, at other times, it’s been a aproblem with the cable box.

Other times it’s been completely undetermined, but whatever the problem, and no matter how fake-nice the customer service reps are on the phone or in chat, it still takes hours to deal with issues with our service. I just got tired of having to call up customer service and power-cycle my cable box.

Faster Internet, creative business people, and a willingness to try new things on the part of major networks have combined to make most shows and movies available over the Internet through services like Hulu (we use Hulu Plus, which is a cheap subscription option). Most are available the following day, and played through a Blu-Ray device or Internet-enabled TV/player, they look like HD-quality video.

With Hulu, it’s also easy to “subscribe” to particular shows, so you always know when new episodes are available, and unlike a DVR, there’s no space limit to contend with because all content is streamed live while you watch.

The other service we use is Netflix, which has a wide selection of movies, and older seasons of popular shows. Out of all the Internet-run services I mentioned, it has the potential to use the most of your bandwidth, but still a measly 3-4 Mbps which is child’s play at today’s cable broadband speeds in most areas. If you’re on DSL or get your Internet through the phone company, you’re more likely to run into trouble with speeds, so check your current speed and see about upgrading.

Cable and dish services have become so commonplace in our culture that people don’t realize all the major channels are still available for free out of the wall. ABC, NBC, CBS, PBS, FOX, and a handful of others are all streaming in high definition by connecting your TV to the cable signal directly.

Of course, you don’t get the benefit of built-in DVR, but it’s easy to build a recorder yourself with a computer, or try a service like simple.tv or the classic Tivo.

Major channels means I can still catch all the hot sports events, like the NBA Finals happening now, the local news at night, or most prime-time shows that we like to watch.

When we’re bored at the house, we tend to channel surf, or look for new stuff to record on our DVR. This is a destructive practice, because it means we’re becoming mindless with our TV habits, watching only for the sake of watching and not with a purpose of seeking out or enjoying something. We start “settling” for shows just to fill the DVR or to have something on the TV in the evening.

TV can be just as purposeful and mindful as any other activity, and we’ve found that the Hulu/Netflix approach gets us re-focused on only the shows we want to watch and nothing more. We also don’t end up leaving news channels on all day, consuming our news in short bursts through the Internet instead, and only if we need to.

I have to admit, this was hard. We’ve had 100+ channels available to us for close to 20 years, and getting rid of cable was like ripping off a band-aid. We got it done quickly, and we hope that we won’t miss it enough to give in and go back, at least for some time. I want to see what all the buzz about cable-free living is all about.

8 thoughts on “5 Reasons I Cancelled My TV Service”