Update: For the latest information on Mvelopes, read my 2012 updated review.

My journey into envelope budgeting began shortly after this blog launched in 2009. I had found a tool called Mvelopes, and fell in love with the idea of giving each dollar an assignment before actually spending it.

In 2010, I experimented on and off with other alternatives to Mvelopes, most notably my 4-month venture into YNAB 3, a desktop competitor. In the end, I felt the features and benefits of Mvelopes were worth the extra cost and went back.

It’s been over two years since my original review of Mvelopes, and the core of the program has remained unchanged, though improvements here and there were made. What has changed is how strongly I believe in envelope budgeting and the benefits I draw from using Mvelopes.

This is an updated and more comprehensive review of Mvelopes than I’ve done in the past. I’ll discuss most of the key features, pros and cons of Mvelopes, draw comparisons to other software packages, and walk you through basic use.

Mvelopes is a personal finance manager that uses the concept of envelope budgeting as its core design. It’s 100% Web-based, which means it can be accessed from anywhere you have an Internet connection. You simply log into Mvelopes.com and launch the program directly from your browser.

It is not a full-featured financial program like Quicken, but we’ve found it comprehensive enough to stop using Quicken more than a year ago.

How fast is Mvelopes?

One of the problems with many online programs is speed—everything is transmitted through the Web, so it’s not as instantaneous as a desktop program might be. The speed of Mvelopes was a big issue for me when I first starting using the package, but through upgrades on their end and mine, it’s no longer a problem.

Once the initial load is complete (about 5-10 seconds on my machine), everything else comes up pretty smoothly.

When you first log into Mvelopes, you get the “home screen” which consists of the navigation bar, envelope window, account window, and transaction screen. Let’s look at the nav bar first to see some of the main features of Mvelopes (I’ll discuss each one in detail):

The navigation bar is always visible and gets you to any part of the program you need to use at any time.

Just like envelopes in real life, every envelope you set up in the program gets an associated balance (you’ll see some of mine blacked out in the remainder of this post—I don’t share everything

Let’s look at some of the features you see above in more detail:

The spending plan is what I’d think of as the traditional “budget”—deciding how you’ll split up your money, on average, every month based on your projected income.

The spending plan uses the envelopes you’ve set up and asks you to fill in your budgeted amounts, whether by month or year amounts. If you fill in your income, it also gives you the difference between your income and expenses so you know what’s left over to assign.

With envelopes and a spending plan in place, any income you receive can now be funded into the appropriate envelopes:

The funding window has some very useful features, including the current envelope balance, the monthly funding goal, funded-to-date for the month, and an automatic option to fund up to the remainder of the spending plan “target” for the month. You can also save funding amounts to a “profile” if you expect to use the same ones regularly.

Most of the remainder of time spent in Mvelopes has to do with “assigning” automatically imported transactions to whatever envelope they belong to. This can also be programmed to be automatic for certain recurring transactions like bills, though I don’t use this feature because I like assigning everything manually.

I do, however, use one other feature of Mvelopes—the pending transactions window. This comes in especially helpful for expenses that I have to split across multiple envelopes, since I might not remember the exact split when the expense clears my bank a few days later.

If the money in any one of your envelopes is insufficient to cover the transaction you assign to it, Mvelopes asks you if you’d like to let the envelope “go negative” or, more preferably, transfer money from your income pool or another envelope to cover the cost.

The report feature is pretty self-explanatory: there are three types of reports (envelope, account, and spending plan), and various reports under each type. You can generate reports for all envelopes or specific ones, and export them as HTML, a PDF, or a spreadsheet:

There’s a bill pay feature available, if you’re in need of one (though I haven’t even used my bank’s bill pay in over 2 years), and if offers 15 free payments per month: 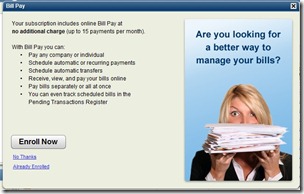 If one of your objectives is debt repayment, there’s a debt center built right into the program that allows you to prioritize your debts and create a plan for paying back and accelerating how quickly you get rid of them. It also creates additional envelopes in the program to help you with the process.

One of the nice things about Mvelopes is the ability to access the program on a mobile phone browser in a simplified version. You can set up which envelopes you’ll need access to in order to eliminate scrolling through large amounts of data on a small screen, as well as other options:

The tutorials tab allows you to view training videos, some as long as 55 minutes, that go through envelope budgeting basics as well as specific program tools to get you started in Mvelopes.

Mvelopes has a detailed knowledge base that can answer most basic questions and solve common problems you run up against. I’ve had to use the system 3-4 times and with the exception of one bank error, I was able to solve the problem without having to contact support.

If you do need the help of live support, the chat is the function I like best and used it on three occasions to solve program issues and perform account maintenance. You can also do the standard email request, which I’ve never used.

Overall, Mvelopes support is responsive and always able to solve any issue I have almost immediately.

As an Mvelopes user since February 2009, I’ve become very familiar with the software and the other major competitors in the space. Proven by the fact that I use Mvelopes for my own family’s budgeting, this software would be my #1 recommendation if you’re considering an enveloping budgeting product.

While on the pricy side, Mvelopes offers an easy-to-use interface, access from anywhere, rich features, and automatic integration with your bank. Best of all, the principles which it makes so easy to apply are themselves priceless and have single-handedly changes our financial lives forever.

You Need a Budget (YNAB) is a desktop-based envelope software that I reviewed here and here (with slightly different results). I used YNAB exclusively for 4 months and found it more difficult to use correctly and lacking several key features which made Mvelopes enjoyable (like auto-import). I would still recommend YNAB if cost or online safety are concerns, or if you simply like the program better (it also offers a free trial).

Common Cents recently underwent an upgrade, and while I haven’t reviewed the software yet (coming soon!), it looks closer in functionality to YNAB than to Mvelopes.

Above all else, I think the biggest danger for Mvelopes is becoming outdated. Since my first experience with the program 2 years ago, small improvements and feature adds were made, but there’s no sign of a major upgrade coming anytime soon.

With innovation in the space progressing at a rapid pace, Mvelopes could become a fossil if leadership doesn’t take development seriously.